As you know, Principal Chairs is focused on providing flute players with everything they need to prepare for orchestral performance and auditions. Because of this we would like to focus this interview on the Orchestral MMus course, which you teach on at Guildhall.

Could you tell us a bit about what the course consists of and also how it differs from other music conservatoire degrees?

This course has changed quite a lot over the years and has really been honed and refined down to what is now a very productive course, linked with the London Symphony Orchestra. The course has always had some ‘sit-ins’ with the LSO and the Philharmonia too, but the Orchestral MMus now has the official title of Orchestral Artistry in Association with the LSO. So one example of how the LSO are involved is that they come along and do a project with the students; they did one recently: Dvorak’s Symphony no. 7. The flutes started off in sectionals taken by LSO players, and then continued in wind sectionals, and finally in the full orchestra. There’s also a constant ‘sit-in’ arrangement with the orchestra where students go along to rehearsals and play along, which is obviously a great experience. There are opportunities to get involved with some of the education work which LSO Discovery runs too, which is so much a part of what freelance musicians are expected to do these days. At the moment I think we are the only college to have such a direct link with a London orchestra and it really is a good thing for the students to have that link.
Apart from the LSO sectionals for specific projects, there are of course weekly postgraduate wind sectionals. I think these are so important as students get a huge amount out of them. You get through an awful lot of repertoire there, so that hopefully you’re not meeting too may difficult parts for the first time on the job outside of college. You also get the opportunity to practice playing from all the different flute chairs: Principal, 2nd flute and piccolo. These always change around session by session.  In addition there is the Guildhall Symphony and Chamber Orchestras, Opera Orchestra and the summer musical.  There are more and more masterclasses with orchestral players from all around the world too, including LSO players.
The way you are examined on this course is also different. Instead of a mid-year technical exam or short recital you actually have one orchestral excerpt exam and an actual orchestral audition exam, where you are required to play  a (long) set list of orchestral pieces and  two contrasted pieces including a Mozart concerto, so there’s chance to really focus in on preparing orchestral parts in detail there. This also mirrors the course entry audition, which is essentially just like a real orchestral audition. It’s worth mentioning that even if you are interested in a solo pathway instead of the orchestral training course, your audition with be the same: Mozart, a contrasting piece of you r choice, orchestral excerpts and sight-reading. It’s always good to hear students do that kind of audition. The excerpts need to be treated as mini pieces. No flute player should come out of college without a huge amount of orchestral knowledge.

Who usually sits on panel for the orchestral course auditions at the Guildhall?

For years it’s been a combination of myself, Sarah Newbold and Ian Clarke. We also always have a good accompanist to play with the prospective students, usually either Jan Willem Nelleke, my duo partner, or pianist Tim Carey. Now we have an official partnership with the LSO it is likely that we will be joined on the panel by one of the LSO flutes in future, so perhaps Gareth Davies, Adam Walker  Siobhan Grealy or Sharon Williams.

As a rough guide, do you know how many applications you get for the course compared to places available?

Well this is a rough guide, but we usually have a day  and a half of MMus auditions.  From that we usually end up with around four postgraduate flutes on the course each year.

Do you enjoy the teaching aspects of your work?

Yes I do. The reason for doing the job is the students first and foremost, but I learn a lot too. I’ve been at GSMD for at least 20 years, you know. I was there with Eddie Beckett teaching, and then Paul Davis. I mean I was only 12 when I started of course! Anyway, it’s been fantastic, seeing how the course and the place has evolved. We’ve had some very fine Head of Departments. We’re given a very encouraging working environment. If there are things we want to do then those projects are generally approved, which is great. Every year the course changes for the better, which it needs to of course, as the requirements of aworking musician changes.

Could you say a bit about what you look for when you’re on audition panels for orchestras or conservatoires?

That’s a difficult one! Well actually, in a way it’s not. We’re looking for a fine musician, first and foremost. We want someone who you can sit back and listen to as a performer. They have to have flexibility and awareness obviously, with a good sound and good tuning too. That’s not rocket science. The trouble with any audition experience is that you’re there for 20minutes maximum and in that short time you want to show what you can do as a performer. You need to show all your colours and qualities. Think of it as a performance platform, whatever kind of audition it is. I don’t think you can second guess anything either. In my opinion it’s a good idea to go into an audition without many preconceptions of what the panel expects or wants. You have to be decisive and present something to the panel.

Do you have any other projects you’d like to tell us about?

Well I have a couple of courses every summer, the Benslow one and also one in France too, which is a bit of a musical holiday really! I also have a Prom coming up in July of a new piece of Birtwistle which I recorded with the BBC Singers in January. The piece is for alto flute solo, three harps and choir and is called the Moth Requiem. The prom in July will be the UK premiere. I had a chamber festival in Korea in February and I still do quite a bit of playing with ECO and RPO too, so I do a real mixture of freelance work. I am off in Prague this month playing and masterclass-ing.
You can find details of Philippa’s summer flute courses at:
www.benslowmusic.org 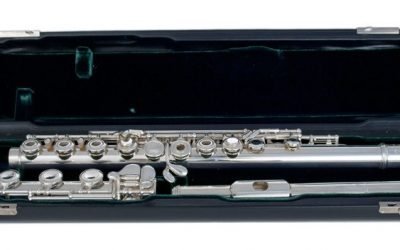 A flute is often judged by it's credentials such as it's previous owners, serial numbers and the makers themselves. This flute seems to tick a lot of those boxes. It is unique and revolutionary; it has a Bick Brannen headjoint, a Kingma key-on-key quarter tone system,...