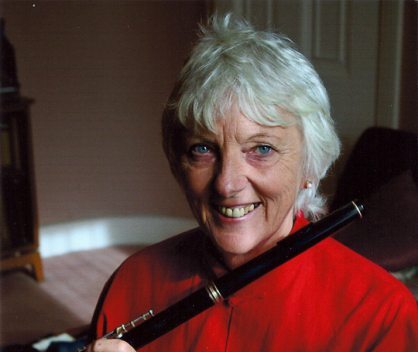 How did you get into piccolo playing?

Accident, really. My Uncle was a piccolo player in the Hallé, but he died before I even went to college so I never got round to having lessons with him. In my generation people didn’t focus on the piccolo as much. There was more separation, I suppose. The standard was nothing like today. I remember when I was at college I played piccolo once in a concert when we performed Bartok’s Concerto for Orchestra. When I found out I was playing I said I couldn’t do it. I didn’t have an instrument and I didn’t know how to play it! So the college lent me a piccolo and just said “get on with it!”. After I finished college I did a lot of freelance work with Northern Sinfonia, the Hallé, and a lot of local orchestral work playing first flute. I especially loved the wonderful solo writing in the Bach Passions.  Occasionally I would go into the Hallé and play second flute in Daphnis, which was a nightmare. It is the hardest part there is! Once, before I went on holiday, I knew there was an opening in the Liverpool Philharmonic for Piccolo, so I thought I’d better go for it. I did. But then I went on that holiday. Whilst in Boston I went into a music shop and saw the Vivaldi Piccolo concerto. I’d never seen it before and thought, since I was going for a piccolo job I’d better buy it! When I got back I found that they had set it for audition! I suppose I must have fallen into it reasonably easily. I didn’t really have any idea how to play piccolo in an orchestra. They had three people on trial including me, but nowadays they sometimes put 12 people on trial, which makes the whole process so much longer.  On average it takes 2 years! Anyway, mine didn’t take too long. I was in Scarborough doing summer season concerts and I got the call. So I went and worked there. I sat up playing first flute quite a lot. Then, after 10 years, I thought that I didn’t want to stay there for another 30! And the job at the BBC Symphony Orchestra came up. Boulez wasn’t the Artistic Director anymore, so I thought  there  would probably be less contemporary music, which wasn’t entirely true! So I came down to audition and, honestly, I think I was playing Daphnis the day before on flute in Liverpool, so to say that my lips weren’t “in” is an understatement! Anyway, I did it. There were many other highly prestigious London players. I didn’t really want the job because I didn’t want to have to decide to move. I thought I should just “leave a gate open” . We were also getting a new principal flute in Liverpool and I didn’t know who it would be, so what I think worked for me was me thinking “I don’t really want this!”. Maybe it will work for someone else too! I know it sounds awful, but it probably made be less wound-up about it. But people are different and I wouldn’t necessarily  recommend trying this in your next important audition.

Do you think there is enough emphasis on Piccolo tuition in colleges these days?

Yes! I don’t know of any college that doesn’t provide some piccolo tuition now. I think when I began teaching it in Manchester it was not taught at all. Actually, quite a lot of my students got jobs. I find that an important part of piccolo lessons for many students (not all, but some) is having to do something. Having to go and play to somebody. We all do it. I don’t do stuff until it’s nearly too late really. Some people prepare very early, but most of us just run on what’s necessary.  I think Manchester was quite far-sighted at the time. I was teaching there from when I was an Undergraduate and then Geoffrey Gilbert left and Trevor Wye came, and I carried on teaching the flute. I soon wanted to find out what the minor differences were between the piccolo and the flute. They are basically the same instrument, an octave higher, but people make such a song and dance about it. Many people rarely get it out of the case so playing it is obviously going to be difficult. But, if you did get it out of the case and consider whatyou need to do to produce the sound an octave higher,  it’s no big deal really. So I was interested in working out what those differences were and how to help students overcome them. When I came to London I didn’t want to go back up every week so I decided to only teach piccolo in Manchester and I went back  once a month. I did this for years. I came from the North so my family were there. It was quite convenient for me. I had a certain loyalty to the place. Since I came to London, I found that one gets more defined in a role here. So I got defined as a piccolo player, which I suppose I was! But now, since I’ve retired from orchestral playing, I practice my flute sometimes if I’m going to do a chamber music concert or something. Nothing high pressure. Just some chamber music with some friends to an audience in a church hall. I love it! That’s why I wanted to play music in the first place. I had 30-40 years of high discipline. I think that’s quite enough! [Laughs].

How did flute playing evolve throughout your career?

It really did. A lot. I think more people are amazingly technically proficient. Actually, to be honest, the very top level of musicians have stayed the same. I don’t think that the standard has changed much, but I think that the pursuit of technique does not always make for a musical event.  They don’t necessarily go together, those two things. Let’s face it, it isn’t a musical event if you do not have enough technique to do it, but pursuit of technique can be an end in itself, in a way.  But there are some people who can do all of it. For example there is that fantastic Greek violin player called Leonidas Kavakos. He can do anything and he never, ever shows off. He always puts his playing at the services of the music. My opinion is that pianists and string players can grow up with a more interesting repertoire than flute players do, therefore they develop more musically. I think it is quite important for us to go and listen to string quartets etc.. Having said that I have worked with some amazing musicians playing the flute, I must say! There has also been a huge development in sound, in the variety of colours and the range of dynamics.

How important it is to have a good piccolo?

Let’s be realistic. It is unlikely to help you to have a rubbish instrument! Piccolos are getting better all the time and it does make your life so much easier if you have a good instrument. I must admit that, as a player, I would not want to sit there in the Barbican Concert Hall playing on some instruments that students come to my lessons with. There you are, on the edge of becoming a professional, you need to be able to do all of it. You need to be employable. If you are not playing piccolo all the time, you really need an instrument you can get along with. Generally speaking, you do not get that for a few hundred pounds!

Yes. But I do not think that this is true for anybody else, necessarily. I think people tend to go one way or the other (American or German). I started off on a Rudall-Carte, which had quite a small embouchure hole. Then I had a pre-war Adler, which is still being played in the profession by one of my students. However, when I worked with the BBC Symphony Orchestra, I found myself playing top B’s and C’s almost daily. The Adler was not that easy up there though it was fantastic for “normal” music! [Laughs].

Is there anything that you look out for when you sit on audition panels?

I think the main thing for me is whether they have something to say musically. I know some people never have that and it is difficult to know how to help them. I do think we can learn  a lot by listening to other great musicians. A lot of students do not listen at all, or just go out to listen to some flute players. How do you develop that sense of style and musicality? Someone has to help you develop it at some stage of your life! I believe my academic music teacher at school helped me. You see the great thing about getting a job is the fact that the people around you are fantastic musicians and that plays off on you. You learn so much by osmosis, not by conscious, rational thought, just by being around people who play so beautifully. So I think if you get that far then the rest will follow, but you have to show potential in the first place. 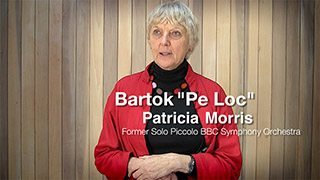 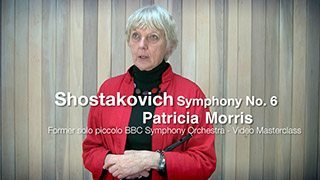 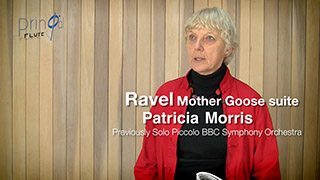 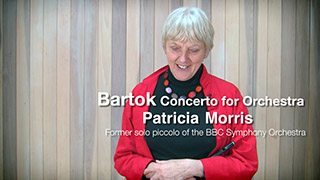