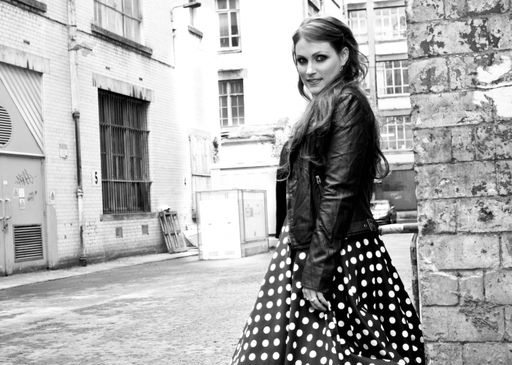 Principal Flute Royal Scottish National Orchestra
places the flute in the spotlight with an exiting new album of American Concertos.

We were delighted to welcome Katherine Bryan as a Principal Chairs artist earlier this year when she recorded three orchestral excerpt videos for our subscribers. This month she released a new CD, which includes concertos by Christopher Rouse and Ibert as well the Martin Ballade, accompanied by the Royal Scottish National Orchestra – where Katherine is principal flute. Both Katherine and the RSNO’s playing is stunning and the disc is a worthy addition to any flautist’s library.

Following on from her successful release debut album in 2010, which was nominated for an International Classical Music Award, flautist Katherine Bryan is set to release a new recording of works that will display the lyricism and drama of her instrument. Katherine hopes this release will highlight the excitement and engagement of the flute as a solo instrument, as well as the great array of new repertoire available for flute players.
The album on Linn Records includes works by Rouse, Ibert, Martin and Debussy conducted by Jac van Steen accompanied by the ensemble for which Katherine is Principal Flautist – the Royal Scottish National Orchestra. The works are all special to Katherine, in particular the Rouse Concerto, which she selected for its American roots, after her studies at Juilliard in New York and her career-long passion for American repertoire. Katherine’s enthusiasm for new repertoire will be reflected in this recording: the work by Rouse will be the first British recording of this Flute Concerto, composed in 1993.
Katherine says of the repertoire: ‘I selected these works because they range from powerful to haunting, beautiful and soulful, qualities that I feel make the flute so irresistibly alluring.’
Katherine Bryan’s career has followed a stellar path since making her concerto debut aged 15 with Daniel Harding and the Orchestra of the Academy of St. Martin-in-the-Fields, London and her American concerto debut with the Julliard Orchestra at the Lincoln Centre, New York in 2001. As a concerto soloist she has performed with many of the world’s finest orchestras: Helsinki Philharmonic, Halle, Nurnberger Symphoniker, New York Philharmonic and English Baroque orchestras, as well as the Royal Scottish National Orchestra with whom she is currently in residence. In addition, she is also a lecturer in flute at the Royal Conservatoire of Scotland and has played as Guest Principal Flute with the Philharmonia, London Philharmonic, BBC Scottish, Scottish Chamber, Royal Philharmonic, Northern Sinfonia, Halle, London Symphony and Swedish Radio Symphony orchestras.

Katherine studied at Chetham’s School of Music, Manchester and won a full scholarship to study at the Juilliard School of Music, New York. She has been a prize-winner at the Young Concert Artists International Competition in New York and was a finalist in the BBC Young Musician of the Year for three consecutive competitions. She was awarded the Julius Isserlis Scholarship by the Royal Philharmonic Society.

With the release of this album and a great selection of upcoming performances, 2013 is set to be a year for Katherine to bring the flute and its great repertoire to the forefront of solo instrumental performance.’