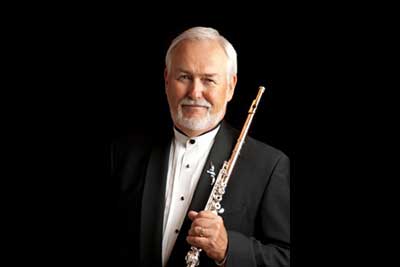 Jim Walker graduated with honors from the University of Louisville and went on to play in the United States Military Academy Band at West Point. He subsequently studied with Harold Bennett and eventually won the associate principal flute position with the Pittsburgh Symphony in 1969. Eight years later he became principal flutist with the Los Angeles Philharmonic and began working simultaneously in the recording studios for jazz/pop sessions, television and motion pictures and can be heard on over 600 sound tracks. In 2002 he performed with Paul McCartney at the Academy Awards. In 1980, Mr. Walker formed Free Flight, a jazz/classical quartet, resulting in four Tonight Showappearances, 16 recordings and annual tours.

He is a member of the SmartMusic Board of Advisors, a Burkart Performing Artist and a master teacher for the New World Symphony. His flute ensembles and quartets are published and sold through Flute World and he is the writer/creator of the Young Artist Series for Flute (Alfred Music Publishing). Mr. Walker founded the annual Beyond the Masterclass in 2007 and his students hold numerous positions in orchestras around the world. In addition to being coordinator of flute at the Thornton School, Mr. Walker travels extensively giving clinics and master classes around the world. 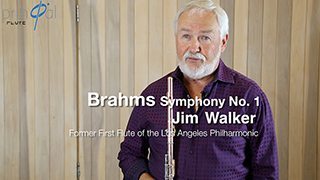