What is your favourite opera that you have played so far and why?

It’s very difficult to decide on a favourite; everything that I’ve played so far has had such different qualities and assets that to just pick one is impossible. In the last month or so we have done The Force of Destiny which is an utterly incredible score, and La Boheme which is a classic with brilliant flute parts. We are now starting The Magic Flute; Simon McBurney’s production involves me doing some playing on stage and bringing animated animals to life with Tamino’s ‘magic’ flute — not your average day at work!

If I had to choose a favourite so far I would say Shostakovich’s Lady Macbeth, which we began the 2015/16 season with. The score is absolutely immense, and it’s so symphonically written that the orchestra forms the core of the opera, with the singers adding to the orchestral texture. The plot is completely immersed in the orchestral writing, and as there are so many auxiliary instruments, every single person in the woodwind section had their scary exposed moment (Shostakovich can’t resist those expansive but lonely wind solos!). A lot of the solos are extremely characterised — a couple of my favourites were the contrabassoon representing a poisoned rat, or being told to play like you’re dragging a corpse! Every individual had such an important role that the atmosphere in the pit was electrifying, extremely focused and concentrated, and each performance felt like a true team effort.

Having played in numerous professional orchestras, what do you find different about playing in an Opera Orchestra compared to a Symphony Orchestra?

In some ways it is a very different experience; in a Symphony Orchestra you’re up on stage so you do feel more exposed, but I think there’s a whole other kind of pressure when you’re in the pit. An opera is usually at least three hours and that’s a long period of time to concentrate for, especially when you’re doing that maybe six or seven nights a week and still have to perform to the same quality each time. If you have three or four operas on the go on alternating nights then getting straight into the mood and energy of that particular opera and its unique challenges can be difficult.

There’s also the fact that each opera can run for ten shows or more, whereas it would be very unusual for a symphony orchestra to repeat the same programme week after week. However, in everything that I’ve done at ENO I’ve never felt that a performance has been “repeated” as such; the music evolves throughout the run. In my opinion, doing several performances of the same work provides a lot of musical freedom — you have the opportunity to develop your interpretation, try out different things and respond to the atmosphere on the night.

If you’re very experienced in symphonic playing, do you think that translates to opera playing?

That is a really good question. Orchestral experience certainly helps in terms of being accustomed to playing as part of a team, but the particular challenge of opera is that at times you might not be able to hear some of the singers you are playing with. Sometimes you have to switch the focus of your listening away from your own playing, in order that you can be extremely aware on what’s going on around you. If you have been studying and have spent years being entirely focused on your own playing, learning to prioritise truly listening to and blending with those around you is an incredibly important skill.

Obviously it helps if you’ve got an amazing conductor as they are your only visual link with the singers, and at ENO we are very fortunate to have Mark Wigglesworth as our principal conductor — you can completely put your trust in him which allows the orchestra to relax and concentrate on the music.

Do you find being in the pit acoustically more challenging than being on stage and if so how? Do you find you have to play differently to on stage?

At The Coliseum (where the ENO performs) we’re very lucky with the acoustic — you can play freely without having to modify anything, the woodwinds project easily and you can hear yourself and those around you clearly. Some halls I’ve played in with symphony orchestras make you far more conscious of having to actively project, and not being able to hear much of your own sound can be disconcerting. Each venue is different and what can feel awful to you on stage can be absolutely fine to the audience — the worst thing you can do is respond to a bad acoustic by pushing or forcing the sound, especially on the flute. If you’re doing a recital or a concerto and you’re not sure how your sound is coming across there’s nothing more valuable than having a trustworthy friend sit in on a rehearsal and be brutally honest!

How did you prepare for your audition with the ENO and was it any different to any of your other auditions? What advice would you give to people preparing for auditions?

It was the first audition I’d ever done for an opera orchestra, so in that sense it was different as the excerpts only really overlap in Leonore, Carmen and Britten’s Sea Interludes. In that respect I really enjoyed preparing for it and having a new set of pieces to learn. Although I hadn’t done many auditions at that point, you can quickly get fed up with the usual excerpts after countless hours of studying them at music college, so having different excerpts felt like a clean slate. However, it would have been quite nice if they’d actually put some indication of where in the operas the excerpts were. For example, there was one from Götterdämmerung (which is about four and a half hours long), I listened to the whole thing and the excerpt was in the last five minutes…

I find it useful to prioritise listening to several recordings of each excerpt, especially with limited practise time, so you can turn up to the audition feeling confident that you know the context back to front. Resources like Spotify and Youtube are invaluable for that, especially if you’re a little less experienced and haven’t necessarily played the excerpts with an orchestra in their full context. I would also advise people to be very careful about tempo — whilst that might sound pedantic, if you turn up and play at the wrong speed it reveals that you’ve not done your homework. Overall though, the thing I found most helpful was being able to hear the rest of the orchestra in my head, and giving myself a mental introduction of a couple of bars before playing; hearing the piece as a whole will help you play more sensitively and takes away some of the nerves of standing in front of a panel on your own!

Continue reading PART 2 of this interview >> 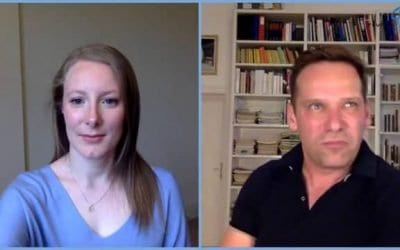 We talk to Walter Auer, first flute of the Vienna Philharmonic about his career as a soloist and an orchestral player in one of the top orchestras in the world. View his masterclasses recorded at the Royal Academy of Music in London on the Principal Chairs website. 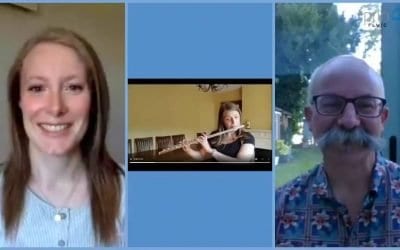 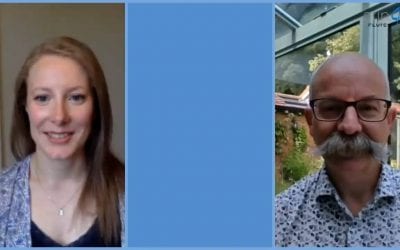